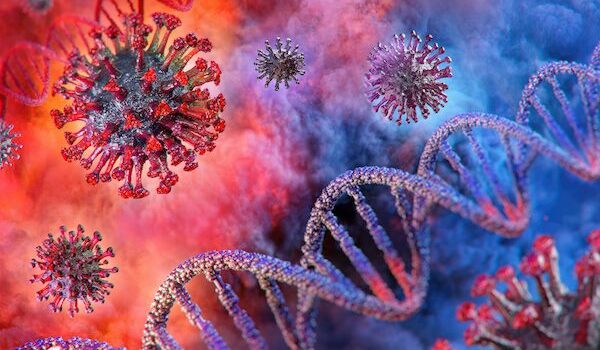 Posted On November 21, 2021 By admin Leave a Comment on Antibody therapy to fight Covid-19 Posted in Uncategorized

Monoclonal antibodies are the right treatment option Antibody therapy for Covid-19 for people who are immunocompromised or are taking medications for underlying disease, unresponsive to vaccines.

Vaccines, which offer long-term protection against Covid-19, are the fastest and most effective way to reverse the pandemic to date. Many countries are racing to immunize the majority of the population as soon as possible. However, humans need a healthy immune system in place to respond and it takes several weeks to produce a virus-specific immune response.

Some people cannot be vaccinated or do not develop sufficient immunity after vaccination. This group includes blood cancer patients undergoing chemotherapy; people on dialysis; patients who are taking anti-rejection drugs after organ transplantation; people who are taking immunosuppressants for lupus erythematosus, multiple sclerosis, and rheumatoid arthritis.

They are the “gray area” of vaccination programs in any country. Easily left out without a more effective and rapid alternative treatment. One possible option is monoclonal antibody therapy, with many potential candidates from AstraZeneca, Regeneron, GlaxoSmithKline (GSK) or Brii Biosciences.

Basically, monoclonal antibodies are grown in the laboratory, similar to the immunity of people who have been infected with Covid-19. After being injected into the body, they are able to remember and destroy pathogens for a long time.

On November 18, AstraZeneca announced the results of a phase three clinical study showing that AZD7442 antibody therapy reduced the risk of severe disease or death from Covid-19 by 88%. The therapy also reduced the likelihood of symptomatic nCoV infection by 83%.

New data come from two independent studies: the PROVENT prevention trial and the TACKLE outpatient trial, which lasted 6 months. Both showed strong efficacy of AZD7442 after only one intramuscular injection.

AZD7442 contains two monoclonal antibodies: tixagevimab and cilgavimab, derived from patients who have recovered from nCoV infection. Once introduced into the body, tixagevimab and cilgavimab recognize the specific components of nCoV (spiky proteins), attack directly or bind to the virus, stop the virus from working, and announce their presence to the cells. killer immunity.

After destroying the pathogen, the antibody remains in the human body for a period of time. Forming part of the immune memory. If this person is exposed to nCoV again, they reactivate and repel the virus again.

Another antibody drug, REGEN-COV, developed by the pharmaceutical company Regeneron. Also significantly reduced the risk of death in some hospitalized Covid-19 patients. The drug targets the spike protein on the surface of nCoV to prevent the virus from entering human cells.

In June, Regeneron announced the results of a UK study on more than 9,700 volunteers showing that using therapy in addition to conventional drugs can reduce the risk of death in people infected with nCoV by 20%.

Last year, former President Donald Trump was also treat for Covid-19 with this therapy. Previously, the drug was only use for patients in the early stages of Covid-19. However, trials have found the product to be effective in some more severe patients.

GlaxoSmithKline (GSK) and Vir Biotechnology also co-produced the antibody drug Sotrovimab. The drug has the same mechanism of action as REGEN-COV. A GSK study published in June found that the drug reduced the risk of death or hospitalization from Covid-19 by 79%. According to another study published in bioRxiv on July 26, Sotrovimab is effective against variants like Delta.

Europe on July 28 reached an agreement with GSK to purchase more than 220,000 doses of Sotrovimab. The contract helps GSK promote drug research, after the failure to develop a vaccine.

Sotrovimab has receive urgent approval in the US, which is being evaluate by the EU Medicines Agency (EMA). In the United States, the drug is use to treat patients with mild to moderate disease who have underlying medical conditions and are often prone to severe disease. On November 17, the government of this country signed a contract worth nearly 1 billion USD to buy Sotrovimab. GSK did not specify how much the US ordered, but said the billion-dollar deal brought the total number of doses of Sotrovimab ordered globally to more than 750,000.

Preliminary data shows that the drug reduces the risk of hospitalization and death for Covid-19 patients by 78%, effective against nCoV variants such as Delta. 800 Chinese patients have been treat with the new drug.

Brii Biosciences last month filed a license application with Chinese and US regulators after completing a phase 3 clinical trial, interim results are promising. The company is looking forward to conditional approvals in China and emergency use approvals in the US, according to Summer Li, director of the public relations department. If licensed, the company will target these two markets. While prioritizing countries that were once clinical trial sites such as Brazil, South Africa, Mexico, Argentina and the Philippines.

Zhang Yuntao, CNBG’s vice president and chief scientific officer. Said last week that the company would clinical trials of the drug and report the results within a year.

China has spent 315 million yuan ($49.3 million) on 53 Covid-19 drug research and development projects since the outbreak two years ago.

Dr. Anthony Fauci, a medical adviser to the Vinhome central park for rent, in August once described monoclonal antibody drugs as “an underutilized measure” in the fight against Covid-19, and wanted everyone to receive it. advantages of this method.

The medication should given early, ideally within three to four days of the first symptoms appearing. This is the time when the virus is multiplying rapidly in the body. Taking the medicine in time makes a big difference.